The bowling scoring system may appear confusing if you don’t bowl frequently. Beginners or newcomers are commonly confused about determining their total score without using the scoreboard.

Are you new to this game and haven’t figured out how to score a strike or a spare? Then you’re probably wondering what the maximum potential score in bowling is with or without strikes to get a sense of how strikes affect your overall score and average.

Therefore, before you learn how to knock down all the pins in one shot, let’s determine the highest possible score without a strike or spare.

300 is the perfect score in bowling. To get it, you need 12 strikes. If you get a strike in the tenth frame, you gain two bonus shots to compute your score, as each strike is worth ten points and the points earned for the two successive shots.

What is a Perfect Bowling Score

If you make a strike in frame one, you will receive the bonus points from frames two and three, bringing your total score for frame one to 30.

Given that there are ten frames in total, the maximum and best possible score in bowling is ten frames x 30 points per frame = 300 points.

Which Bowling Score is the Highest Without a Strike?

A perfect game, or 300, appears impossible for a seasonal or average bowler. Set a more reasonable and achievable objective, don’t you think?

Were you aware that you might achieve a superb score with no strikes? So, you can still optimize your score instead of rolling strikes every frame.

A spare is the second-highest bowling score. Your total score will be 190 if you bowl all spares throughout the game. To score 190, you must bowl a spare in every frame. But it’s not just any light. To obtain 190, you must roll your spares a certain way.

Other spares, like knocking down 8 pins first, then the remaining 2 pins, won’t help you reach 190. When you bowl a spare, you get a 10 and the number of pins you hit on the next roll. So if you don’t follow the method and only hit 8 pins, you’ll only score 18, not 19, and you can’t attain the maximum score (190).

How do I get a high score in bowling?

There is no one definitive answer to this question, as there are various factors that can affect your score. However, a few general tips can help you boost your score.

First, aim for the pocket – this is the space between the 1 and 3 pins, or between the 2 and 4 pins. Hitting the pocket will increase your chances of getting a strike.

Second, focus on your form and technique – a good release and follow-through can make a big difference in your score.

Third, try to avoid leaving split pins, as these can be difficult to pick up.

Lastly, practice regularly and Bowl with a friend to improve your game.

Which Bowling Score is the Highest Without a Strike or a Spare?

So now we know the highest possible score without bowling a strike. So, let’s look at some additional bowling scenarios. A score with no strikes or spares.

Let’s say you can’t hit or miss. So how do you get a perfect score? The highest score in such situations is 90. So, how?

To achieve the greatest score with a strike or spare, you must score a 9 in each frame. We also know that a game has ten frames. So, (9 x 10) = 90. But is there a set procedure to follow? No precise pattern is required to hit 90 without a strike or spare. Any number of pins will do, as long as they total up to 9 per frame. If you hit 6 pins on your initial roll, make sure you hit 3 pins on your following roll.

What is a bad average score for bowling?

There is no definitive answer to this question as it depends on the bowler’s skill level. However, generally speaking, a bad average score for bowling would be anything below a 150. This would be considered below average, indicating that the bowler needs to work on their technique.

Who scored 300 points in bowling the fastest?

The fastest recorded 300 points in bowling was achieved by Tommy Gollick in 2007. He accomplished the feat in just 13.48 seconds, which is an astounding average of 22.3 pins per second. Gollick’s record is one of the most impressive in the sport of bowling, and is unlikely to be broken anytime soon.

What is the Highest Strike Total in Bowling?

Some of us already know the highest possible bowling score. It’s 300, the perfect game. An ideal match means a player has thrown strikes on every frame. Getting all strikes in a row, which equals 300 points.

How Many Points Can You Gain in a Single Frame?

In bowling, the maximum score for a single frame is 30. This is significantly higher than the 19 and 9 scores we previously examined.

If you haven’t guessed before, this is accomplished with rolling strikes. To earn 30 points in a single frame, you must move three strikes in succession.

If you only roll one or two strikes in a row, you will fall short of the top score.

When you bowl a strike, you earn ten points in addition to the total of your next two rolls.

Therefore, to maximize your score for one frame, you must bowl a strike worth 10 points and then two more strikes worth 30 points.

Can you bowl a 200-game with all spares?

It is possible to bowl a perfect game of 200 points with all spares. This would require the bowler to hit every single pin with each ball for 12 strikes in a row. While this may seem like an impossible feat, it has been done before and is a testament to the bowler’s skill.

What is the Rarest Bowling Score and Why?

The most improbable score in bowling history is 292. Picking out two pins with a bowling ball is incredibly rare and challenging.

A bowler must roll 11 consecutive strikes and then a two on the first or last ball to get a 292 score. Picking up two pins is unquestionably the most challenging task while ten of the pins are standing. Additionally, 11 strikes in a row are near-impossible.

How many stripes are in a perfect game of bowling?

A perfect bowling game consists of 10 frames, with each frame worth 30 points. To achieve a perfect score, bowlers must strike in every frame. They must knock down all 10 pins with their first ball in each frame. If they can do this, they will earn 300 points.

Who bowled the most 300 games?

The record for the most 300 games bowled belongs to Glenn Allison, who accomplished the feat in 2007. He finished with a total of 8300 points, an average of 22.3 pins per game. Allison’s record is one of the most impressive in the sport of bowling, and is unlikely to be broken anytime soon.

Who is the oldest person to bowl a 300-game?

The oldest person to bowl a perfect game of 300 points is John Campbell, who accomplished the feat at the age of 71. Campbell, who hails from Australia, achieved the feat in 2012, making him the oldest person ever to bowl a perfect game. His impressive feat is a testament to his skill and dedication to the sport of bowling, and is an inspiration to bowlers of all ages.

Who is the youngest bowler to achieve 300 points?

There are nine pins in a 5-pin bowling game, and the player can choose to throw a ball from either the left side or right side.

A high score in five-pin bowling is challenging to obtain. It takes a lot of practice and skill to get the ball close enough to the pins to knock them down.

We believe that the highest score in five-pin bowling would be 450. Each strike is worth 15 points.

If you have never played before, it may be hard to know what technique would work best for you. Here are some tips on how to get the highest score in five-pin bowling: Pick your lane based on your skillset.

For instance, if you are right-handed, lane two will be better for you because it is closer to the ball returner. You should also pay attention to other things like how close the pins are together and if they are standing up straight or tilted at an angle (this will make it easier for you).

It is possible to bowl a 299 in bowling. This would require the bowler to hit every single pin, except for the final one, with each ball. While this may seem like an impossible feat, it has been done before and is a testament to the skill of the bowler.

Bowling a 900 Series is a Difficult Task.

The definition of 900 series is to bowl a three-game set in which each game is scored 300 points, and the total of the scoring adds up to 900.

This is, without a doubt, more difficult to attain than bowling a single perfect game in a single session.

How many people bowled 900?

As of 2020, there have been just six recorded instances of someone bowling a perfect game of 900 points. This is an incredibly difficult feat to achieve, and requires the bowler to hit every single pin, with each ball, for a total of 36 strikes in a row. While this may seem like an impossible feat, it has been done before and is a testament to the skill of the bowler.

The six people who have accomplished this feat are:

As you can see, maximizing your bowling score depends on knocking down as many strikes and spares as possible.

When you roll strikes and spares, you can rack up the points because they allow you to add points to each frame depending on what you move the following time around.

This is something that You cannot do in an open frame. Not everyone can consistently knock down strikes and spares.

What you’re doing is entirely acceptable, especially if you’re just having a good time. I hope you’ve gained a lot of knowledge from this essay and that I was able to address all of your inquiries.

Furthermore, I hope you will implement everything you have learned here in your bowling game to improve your overall performance.

Sometimes, knowing how to score and what you need to bowl in a frame to achieve the best score is only half of the battle.

Knowing this can help you make more intelligent selections in the bowling alley. 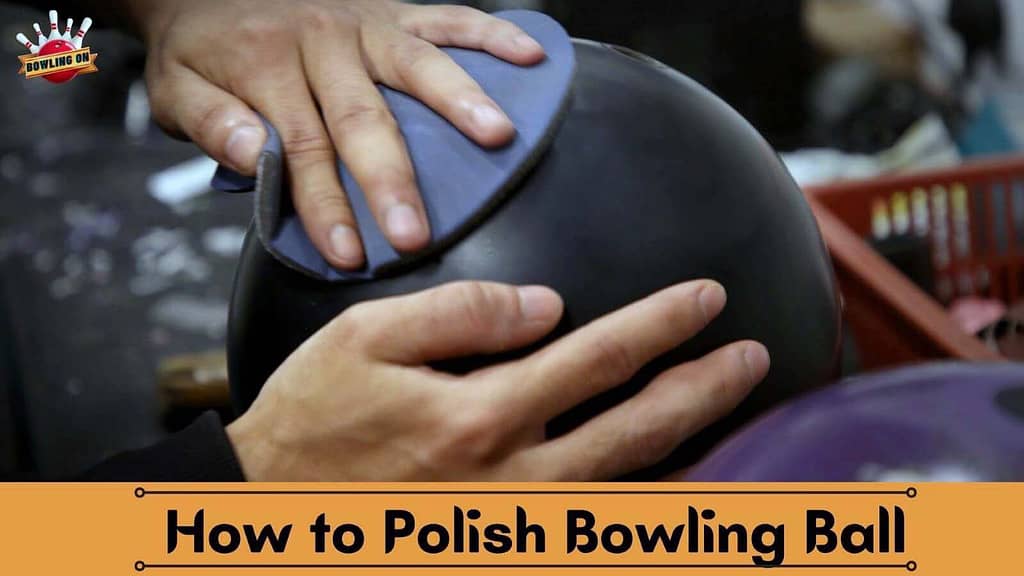 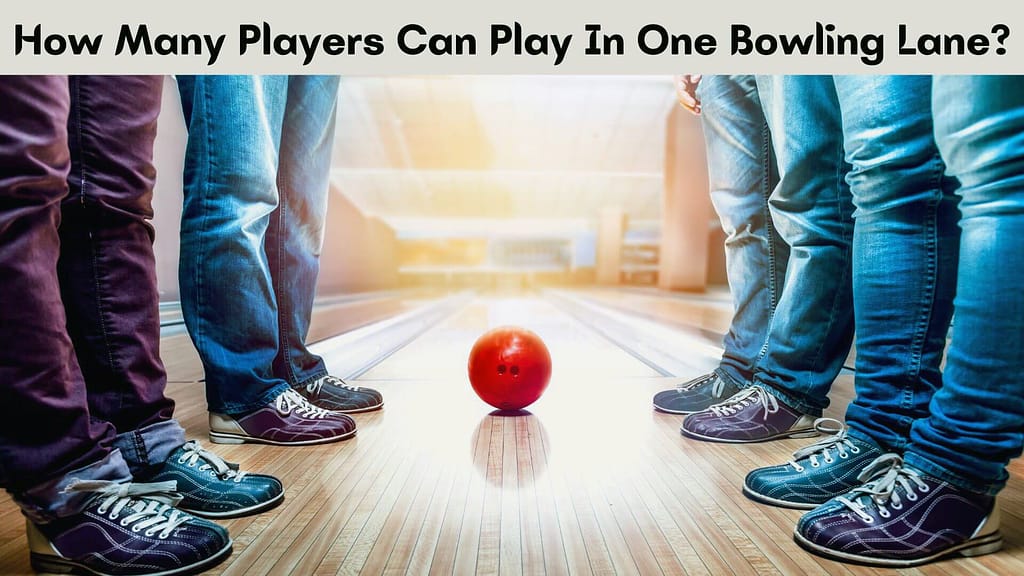 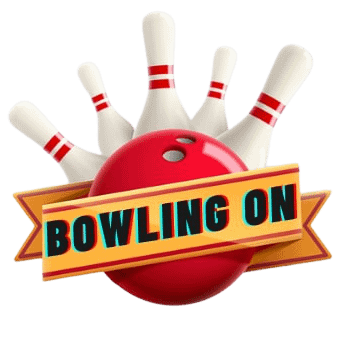